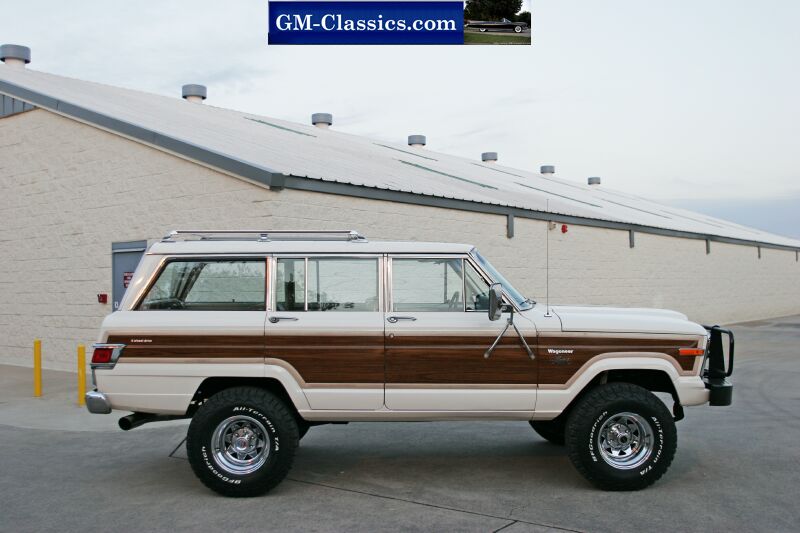 1979 Jeep Wagoneer Limited.  28K miles original.  Probably the best 79 known and at least one of the top examples of the rare Wagoneer Limited on the planet.  Highly detailed, highly original and a mild # 1 rated show level vehicle.  Titled one owner, bought in Dallas, has never left, always garaged in a collector environment.  It has been in my care since 1986 as a collector.  It is the vehicle I have owned the longest.   I have had countless offers to sell it, but I just have kept it.

Lots has been said about these vehicles over the years and even 20 years ago these were becoming quite the collector.  They are kind of the original high end SUV and were one of the last vehicles built that were still carbureted, had a large engine and retained a 3 speed automatic transmission all the way up to 1991.  These things were also very expensive new too.  The Wagoneer used the AMC 360 engine, or Rambler engine.  Many people get this confused with the Dodge 360.  It is nothing the same.  The AMC 360 is its own animal.  The AMC years were mainly GM/Ford parts integrated to AMC. 83/84 is when Chrysler got involved and kind of bandaided the rest of the wagoneer line until the end in 91.  The AMC versions are the real jeeps, the later are good and had some positive improvements, but more on the creature comfort fluff thrown on what AMC did vs the purist offroader versions as the AMC.  The frame structure on the Wagoneer and 4 wheel drive systems in the proper optioned examples (like this one) make it one of the toughest and stoutest 4x4 larger vehicles ever done.  Referred to as the FSJ, or full sized jeep (SJ), you have seen many an offroader, ranch owner, hunter or outdoors person have one of these somewhere in conditions from camouflaged to actually 1/2 way nice.  I have had my share of these over the years, some that could go under water.  They are good for off road!  In its day the wagoneer did just about everything right in a balance of street and offroad.  Did neither perfect but when you put a scale in the middle it did both fairly well.   Today they are not bad except for the fact they were not aerodynamic at all and their highway abilities are seriously lacking compared to buying something, pretty much anything more modern.  Bad gas mileage, high wind loads, etc.  As long as you are not trying to drive across country at 90MPH, a PROPER RUNNING wagoneer from 78-91 is actually a pretty good around town slow speed driving vehicle even compared to the best today has to offer.  Very reliable and fuel economy at lower speeds is not bad.  The worst thing about Jeeps in general were their rust issues.  So many of these were bought for snow drivers and nothing lasts doing that for very long, ever.  So many of these presumed nice FSJ vehicles are rust repaired all over the place.  There has been a restoration trend for years on these.... and you can bet the guys doing those for paychecks are not paying up for ones like this to make it better and make a buck on.... Thats not going to happen economically.   So if has been "restored" get scared!    If you have to pay 60-100K for one restored, you are probably on the right track to getting nice.... as to labor up to create a nice one is not easy and no one works for free.   SOOO take of the deal glasses.  You want nice, you will have to pay.... if you want a band aid, well they are all over the place, and when you rip that band aid off..... Its gonna hurt!

This is example is my answer to an adult Jeep/collector show truck that has never as much as hit a piece of mud.  To date it is the LONGEST owned vehicle in my collection.  1986.  So when I talk "bold" on these, I walked the walk and am still walking it, only not quite as fast.   To me regular wagoneer on white walls is not very impressive at all.   If I wanted a driver, I would pick 100 other driver vehicles in front of a wagoneer.  Nothing against the wagoneer, just at this point in their lives they are better off as a collector/toy, not some re-live your youth rose colored glasses daily transportation.  So this is my toy.  While still being a true original, it has never been off road other than on grass you may see in these photos.  However, set up as it is, this Jeep can do what the best of billy-bobs jeep can do too if asked of it.  This FSJ contains some tasteful upgrades that were learned from many years of offroading other FSJs.  Being this is a 79 Stock, it has the fancy chrome front grill that is unobtainium now, and last year for non catalyst in some geographic areas.  The modest AMC/Rambler 360 is pretty well balanced in power unlike some of the more smogged up 80s/90s.  This one is also geared better than anything post 79.   It is original engine, never tampered with, highly detailed engine bay using all OEM parts over my ownership when needed including a repro set of Jeep Restoration valve covers just for a nice look.  Engine has never been touched internally.  The undercarriage is spectacular...   Get the microscope out on this one for rust.  Non existents and its original. Optional TH400 Q-Track, system with factory Dana 44 front and rear.  3:55 Track-Lok FRONT and rear!  Really this whole jeep is original except 3" lift, Ramsey winch bumper with 7K winch and framing support, 3" custom exhaust and KYB shocks,  Lock out Warn Hubs.   The Q-Track is part time Mile Marker system with the center diff in it with a locker and chain upgrade.   Best you can get!  15x10 Pioneer wheels with rare factory integrated center caps and 32x11.50 15 BFG.   TH400 has B&M kit but is still 100% original, never out, 2 wheel drive or locked driveshaft off road 4 wheel drive.  Best of all worlds on this Jeep.   Has aux plate trans cooler too.  Engine mounts have also been reinforced with cable locks due to the typical AMC engine mount failures that will send the motor into the hood.  If you have owned a Wagoneer or and FSJ with a V8 before then you understand what I am talking about.  I caught this one way before that could happen and all my lifetime of Jeep knowledge is applied to this one in the interest of preservation and functioning as best as possible.  What was a common failure on my past, I applied to this one before it could happen.  Owning this example for me comes from years of trial and error of other and much lesser examples in my youth I tore up just to learn what NOT to do to this one.  Some of those were nice, some I ran underwater, others ballast balanced and jumped and did things that would have your mother faint watching.   I had others at the same time as this....   Those I played with and got rid of, probably all gone and crushed now.  This has never been "enjoyed" other than the pride of ownership and keeping it nice.   Playing with Jeeps for many years, I learned a high level of appreciation for these and wanted the best I could get, one I could show and would never as much as get it wet.  This Jeep literally has never as much as seen rain since 86 when I bought it with 18K miles.  It was a near gem then, and even more so now as I took what was just a low mile garaged jeep and improved on its originality while retaining all of that worth retaining.   As I said, this is my adult version, the one I found the best the world had to offer at the time, one I paid 15K in 1986 to buy, did what I wanted to do, put it in the garage, take it to shows and learned never to hit a water puddle in.  Other than that, the vehicle is really original.

This wagoneer is loaded as they pretty much all came but has power window delete.  The wealthy old money Dallasite I bought it from around 86 was one of those guys that was scared power windows would trap him in the vehicle if he Chappaquiddick'd it.   Has power rear window, leather, AC, map lighting, Rear Defrost and all the other things the Limited has.  Factory tow pak too and of course the Quadra-Track system, which original is not the best reliably but when updated, is the absolutely the best in these.  The mirrors are AMC J10/J20 mirrors.  He had these put on new at Mockingbird Jeep/AMC for the preverbal airstream tow.   If you remember the 79 and older mirrors, they were so small and out of place on these.. Were a "bad idea" for its size.  He lived in Highland Park, but had lake home in Palestine TX.  The airstream was towed once...... so he claimed!  Thats the only thing I cant swear by on this wagoneer!  Then the wagoneer sat at the garage of lake home until his wife passed, sold the lake home and thus the wagoneer to me.   When I bought it, it had sat from probably 83, so 79-83 was all the use it saw in their ownership and why it had 18K miles in 86.  It was pretty much in perfect shape, but front bumper was bent a little from banging into the garage.   I had the winch bumper, so it went on with the theme I was going to do anyway.  Changing back is a non issue, but the winch bumper has been on since I put it on decades ago.   Also has rare factory AMC CB AM/FM radio too fully functional!  I have kept this Jeep in my collection as new and have used this on occasion to tow cars to local shows a couple miles from the garage here. Some of those cars that were more iconic did not win, but this always does no matter what.  Every show it graces earns it an award.  This is also one of the rare vehicles that I can say looks better in person than in photos... Mainly due to white color in photos does not always show how nice it is.

Below are a mix of photos....  The more towards the top the more recent, the lower the older, some from 90s.  I have a variety of print photos of this Jeep from the 80s also I intend to put up here.  Up top more recent.  2020 during the "virus", I detailed the engine up a notch replacing some small parts, all the original vac hoses, rebuilt carb, new water pump, fuel pump, new ac compressor (Still running R12) servicing many other items.. Up to this date NOTHING was touched on this motor at all.   It was 41 years old before it had a wrench put to it.  To this date it still in the 20s on miles.   I sourced all NOS items like plug wires, ignition parts and many more.  The 86 date coded BFG were replaced with new (from age not wear) and I went down a size from 33 to 32.   Just a reminder this is NOT A RESTORATION...  It has just been maintained and aspects of the vehicle get attention when I feel its time...   You will see some patina here and there, but I want it to stay....   I dont think you will see a late 70s one of these that is truly this original... and this nice, yet with a twist with a small lift, etc. 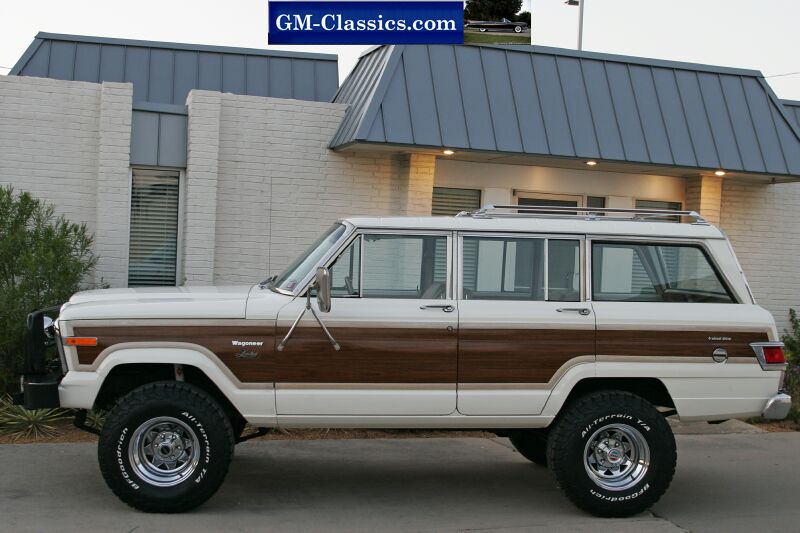 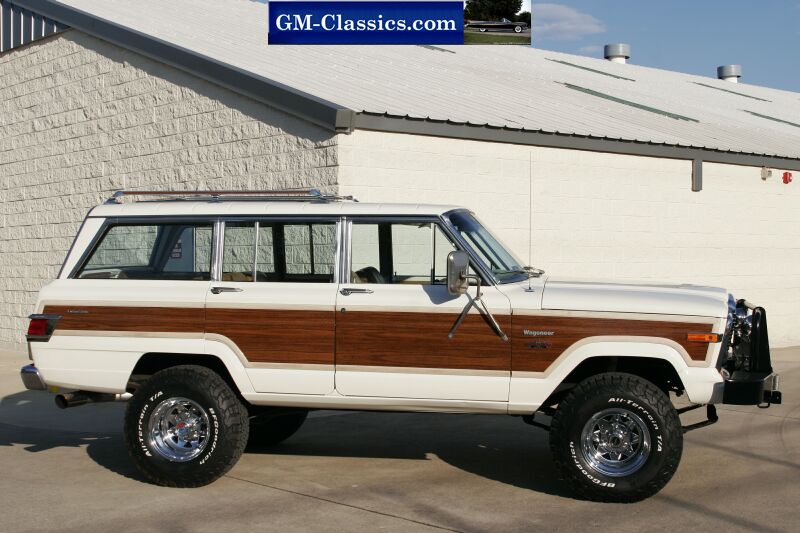 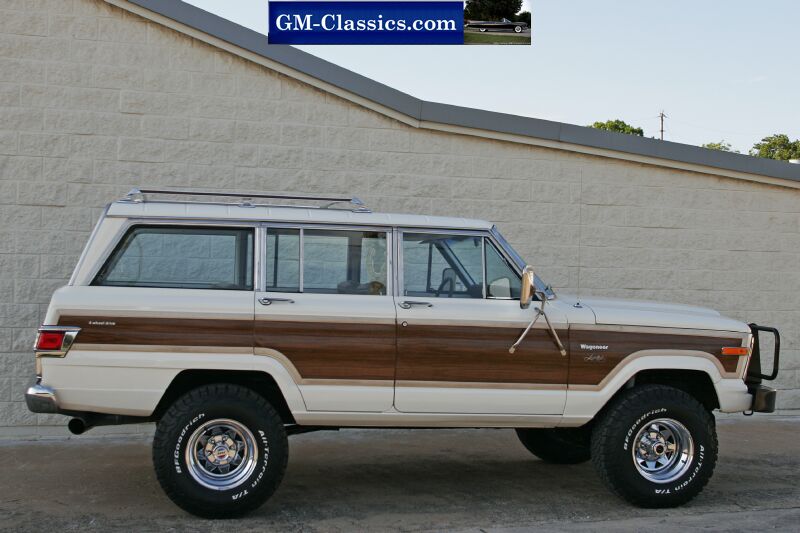 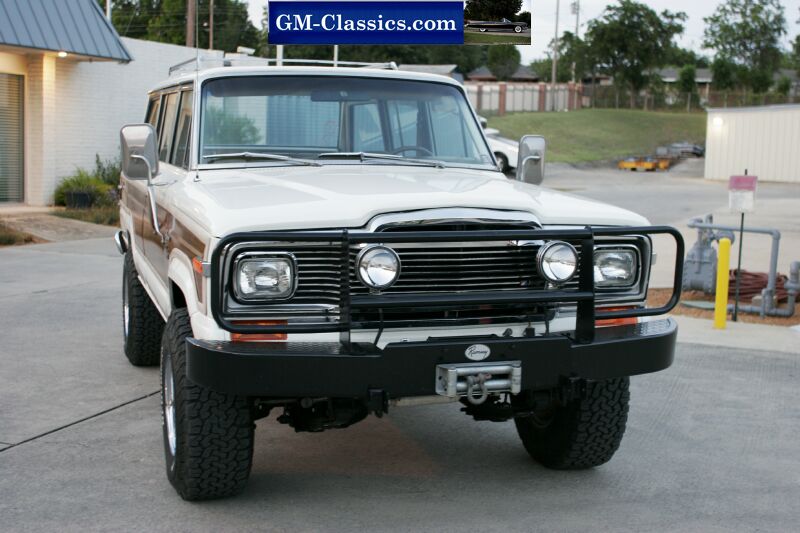 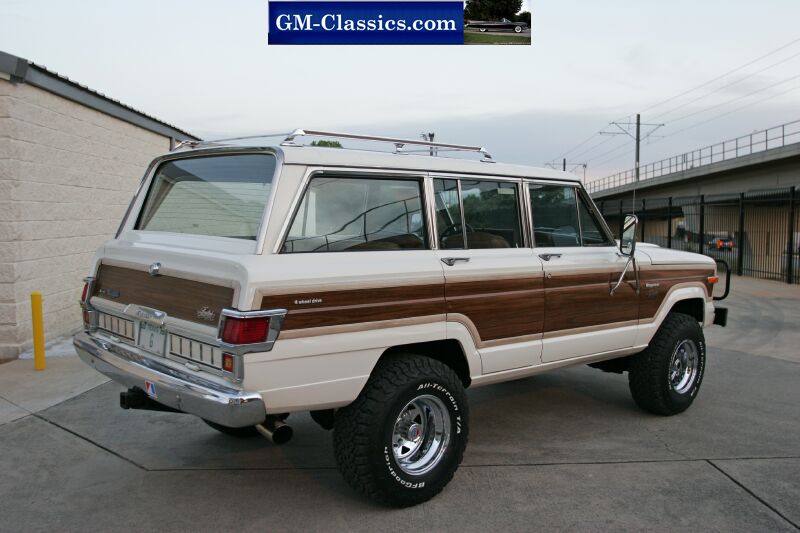 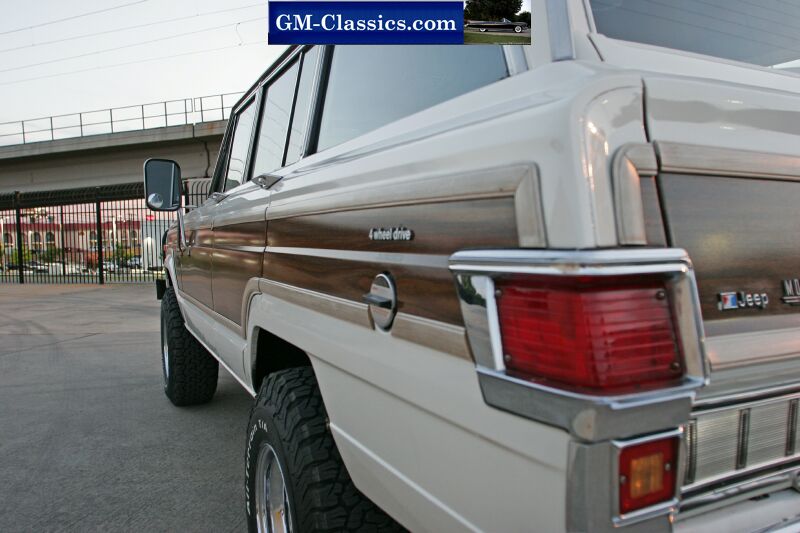 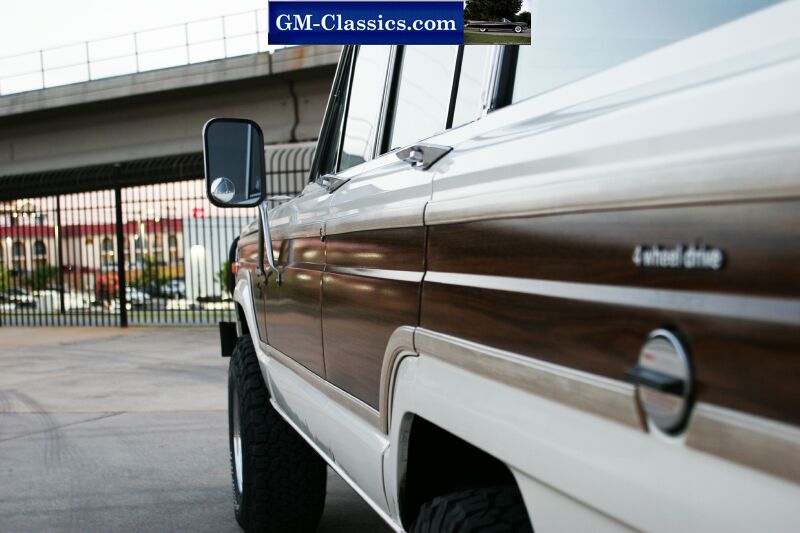 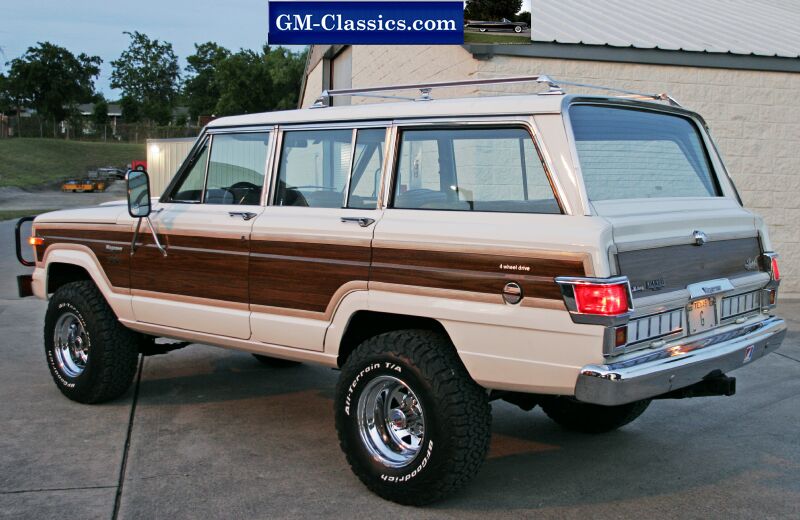 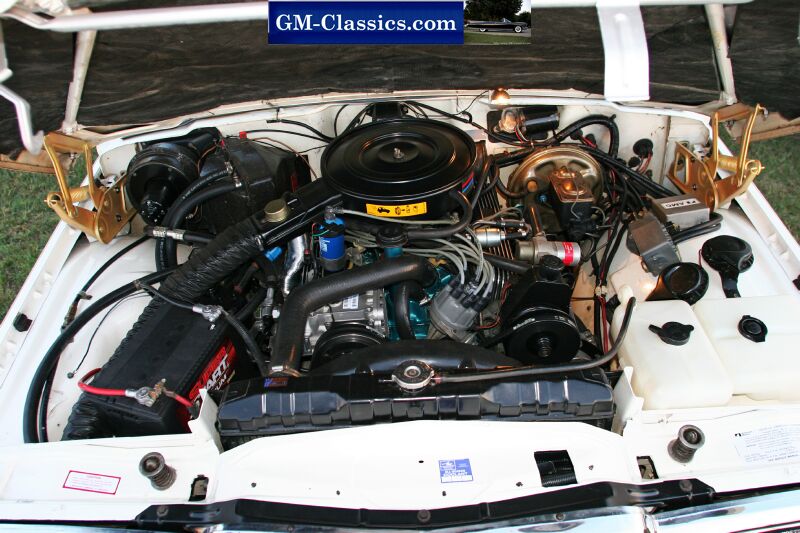 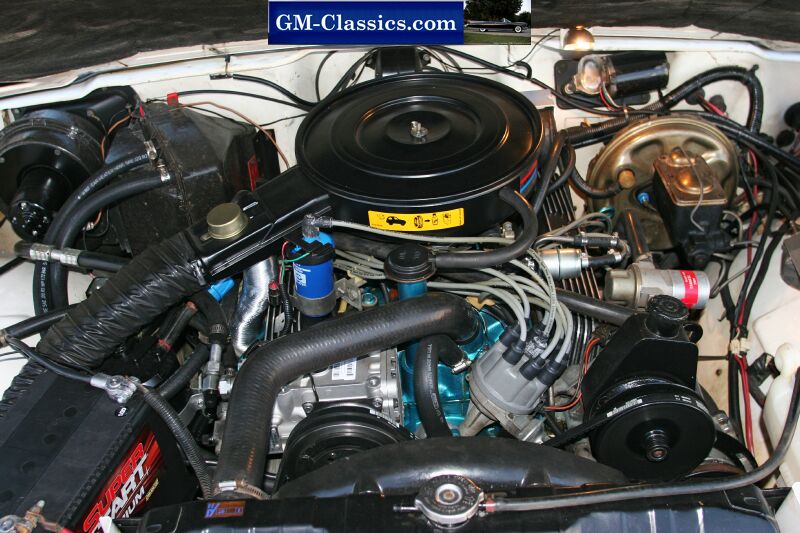 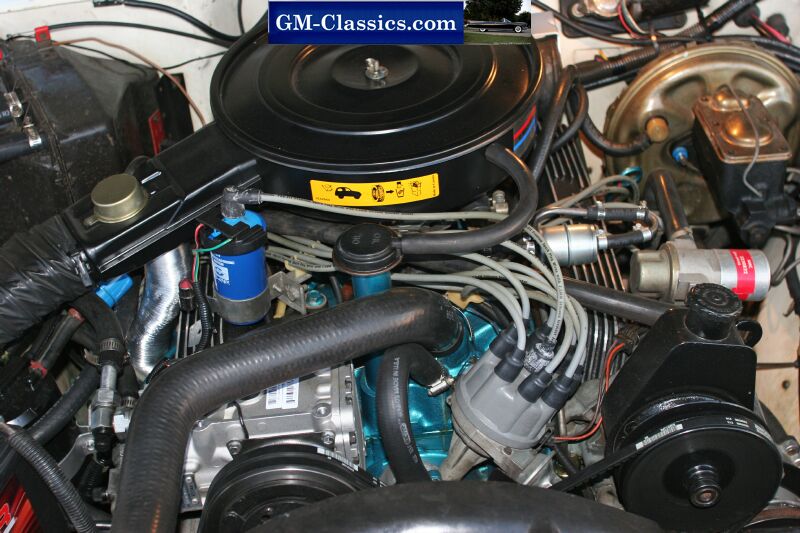 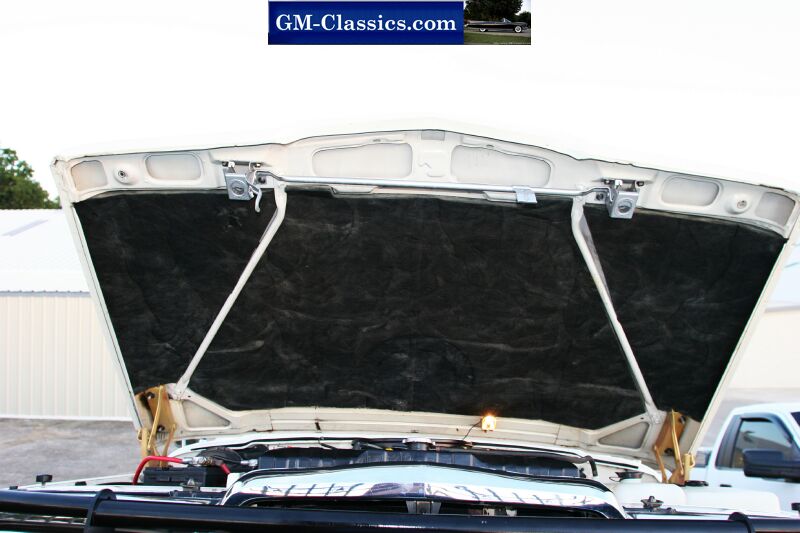 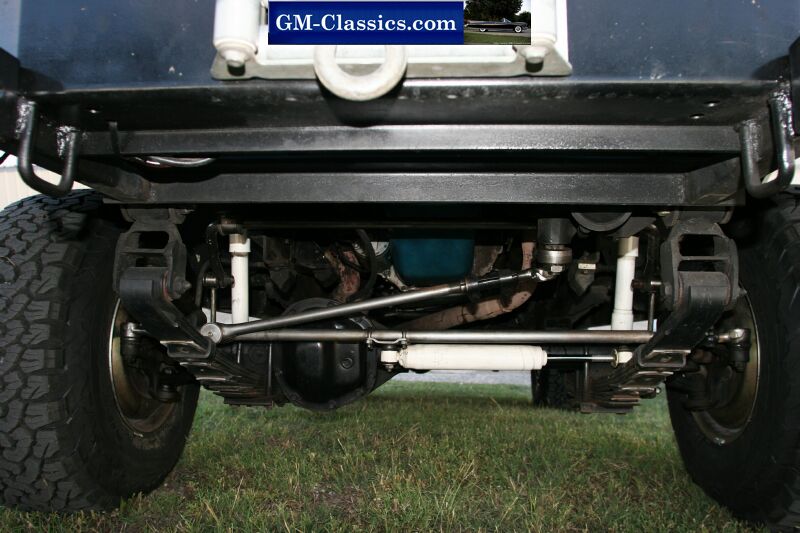 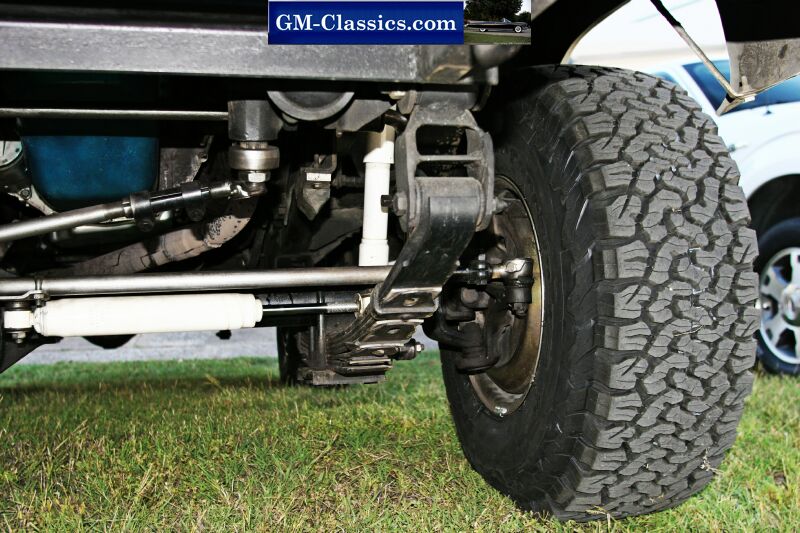 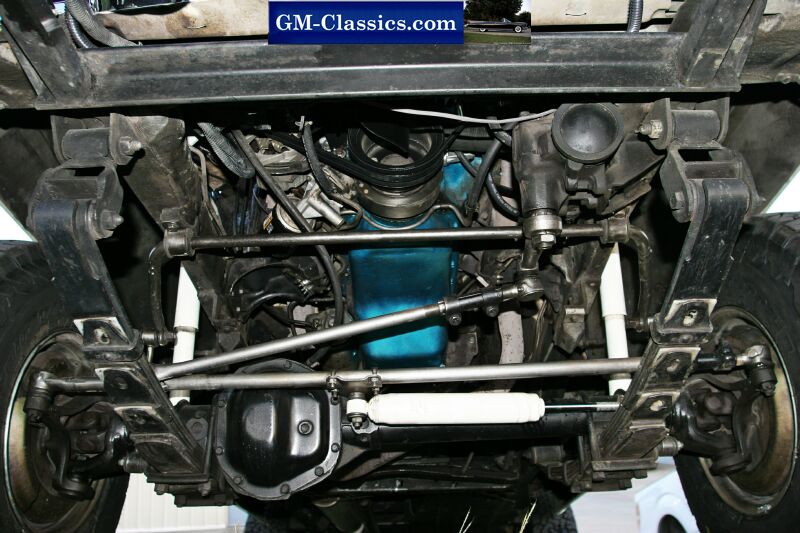 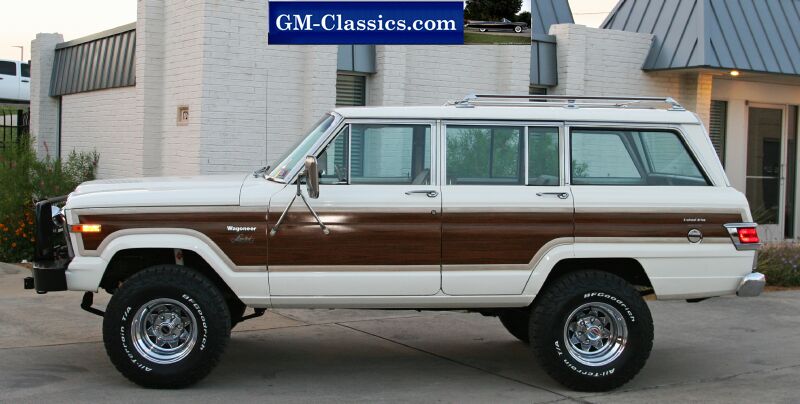 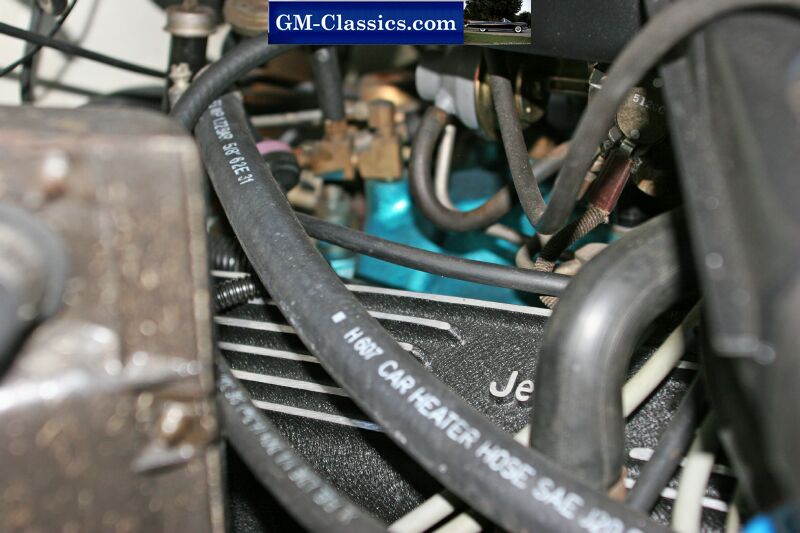 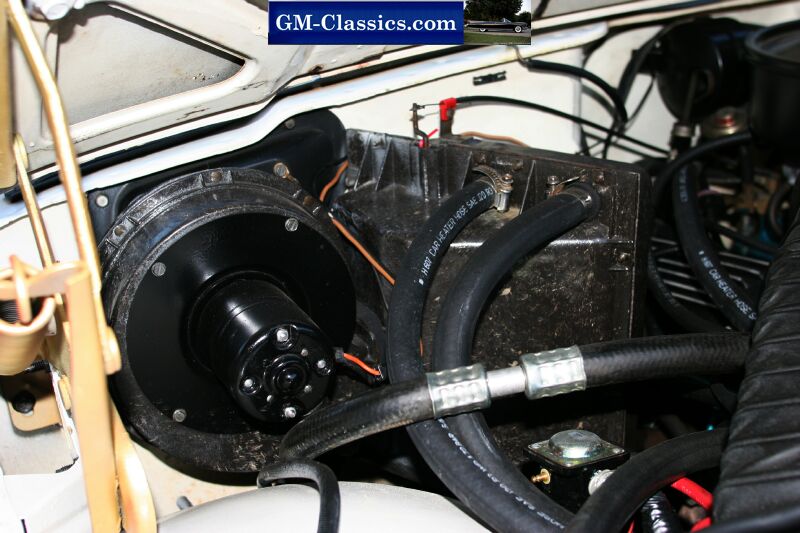 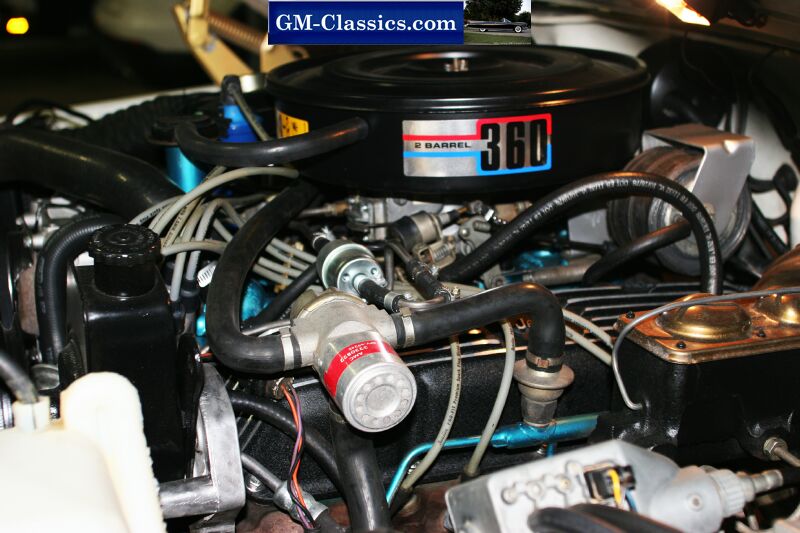 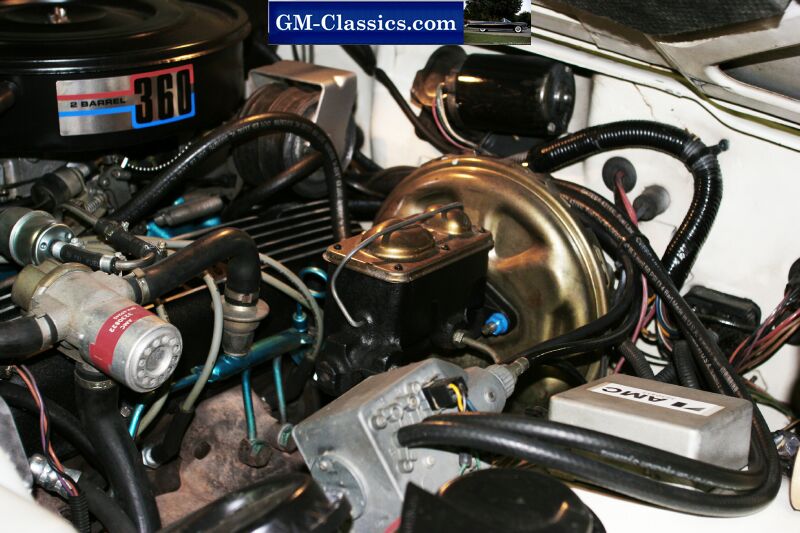 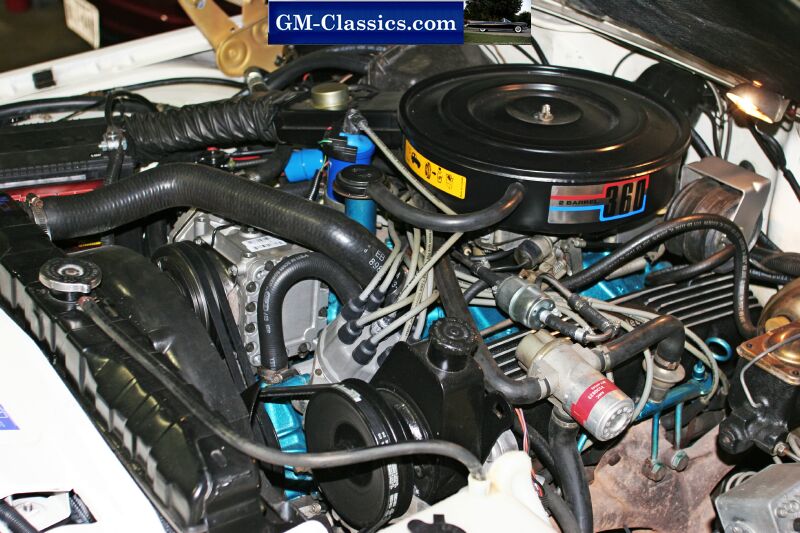 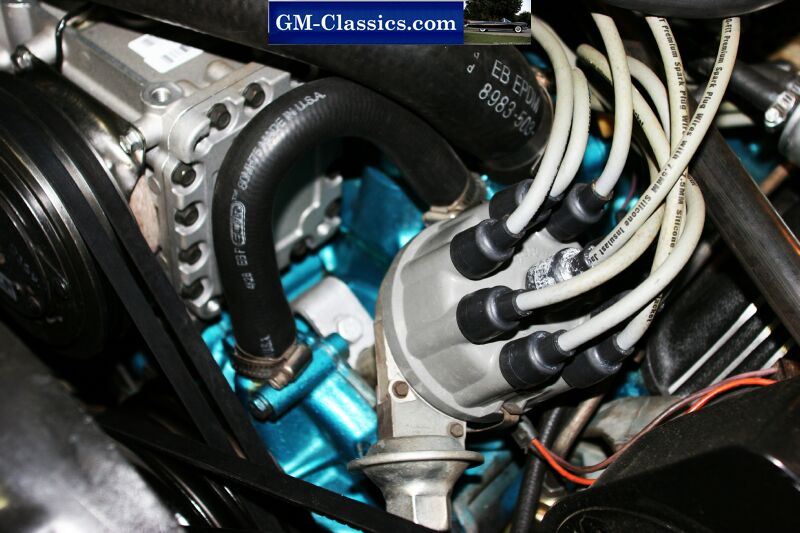 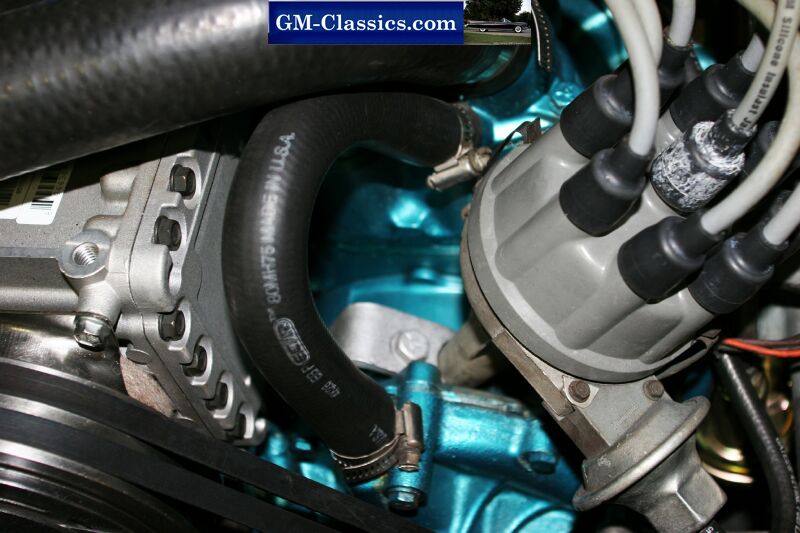 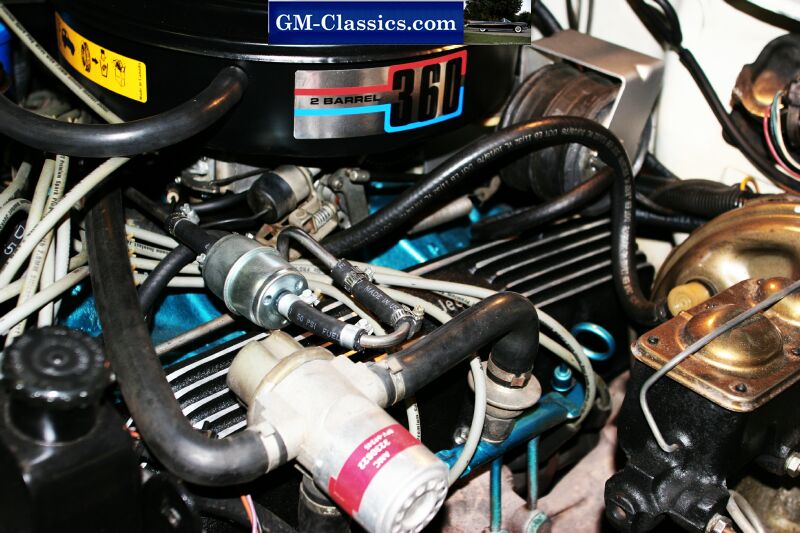 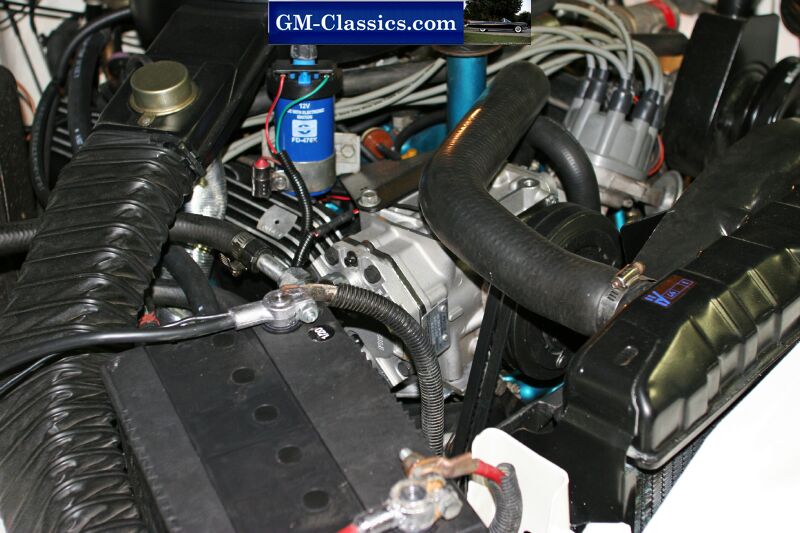 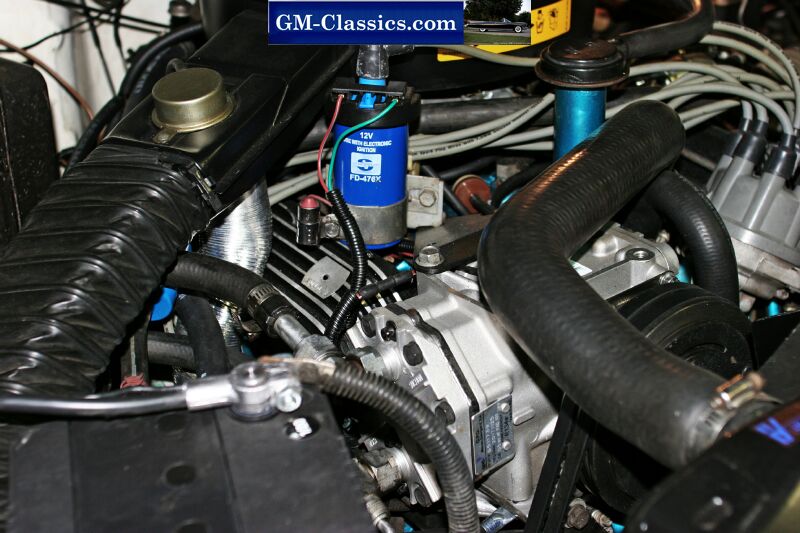 Thank you for visiting;